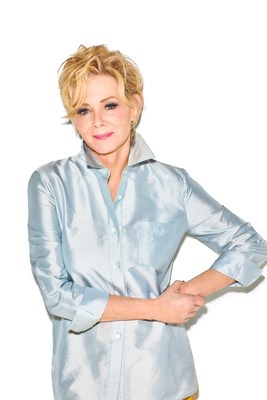 WASHINGTON, May 23, 2022 /PRNewswire/ -- Capital Concerts announced today the return of PBS' NATIONAL MEMORIAL DAY CONCERT for a live presentation from Washington, D.C. hosted by Tony Award-winner Joe Mantegna and Emmy Award-winner Gary Sinise, acclaimed actors who have dedicated themselves to veterans causes and supporting our troops in active service.  Featuring all-star musical performances and tributes, the 90-minute broadcast of the 33rd annual NATIONAL MEMORIAL DAY CONCERT will air on PBS and stream on YouTube and www.pbs.org/national-memorial-day-concert on Sunday, May 29, 2022 at 8:00 p.m. E.T., honoring our men and women in uniform, veterans, their families and all those who have given their lives for our country.

A more than three decades long tradition unlike anything else on television, this deeply moving and reverential night takes us back to the real meaning of the holiday through personal stories interwoven with musical performances by top stars with the National Symphony Orchestra.  The 2022 NATIONAL MEMORIAL DAY CONCERT will include the following segments:

The concert will honor the memory and legacy of General Colin L. Powell, USA (Ret.).  For over a quarter of a century, General Powell was an important part of the NATIONAL MEMORIAL DAY CONCERT, speaking to the nation about the sacred meaning of Memorial Day, reminding us of the debt owed to all those who made the ultimate sacrifice in defense of our liberty and freedom, and calling on the nation to help and support those who served and their families.

In tribute to the over 58,000 American lives lost in the Vietnam War and those who served during the Vietnam era, the concert will share the story of combat medic Francis Whitebird, a young warrior from a Lakota family with generations of military service.  Whitebird's uncle fought in World War I, his father was a Lakota Code Talker during World War II, and both his sons served in the Iraq War.  During two tours in Vietnam, Whitebird endured combat losses and saved lives, received a Purple heart, and forged bonds of friendship that have lasted a lifetime.  Francis Whitebird will be honored for his service to his fellow soldiers and to our country.

Each year, the concert remembers the fallen and their grieving families.  In 2022, we share the story of Maj. General Mark Graham, USA (Ret.) and his wife Carol, who in under eight months suffered the loss of their two sons.  2LT Jeff Graham, killed in Iraq by an IED blast and Senior ROTC Cadet Kevin Graham, who lost his battle with depression.  Their sons died fighting different battles, but both dedicated their lives to serving the nation. The Graham's story shares their journey through grief, healing and their decision to spend their lives helping others receive mental health and other critical support.

The concert will honor and remember the women who served the nation in uniform and on the home front in World War II in a tribute to these unsung heroes of the Greatest Generation, with several of these trailblazing women taking part in the segment.

A tribute to the heroism, sacrifice and dedication of our Medal of Honor recipients - the nation's highest award for valor in combat - will feature the participation of living recipients.

The concert will mark the 100th anniversary of the Lincoln Memorial on the National Mall, built in tribute to President Lincoln.  His Gettysburg Address spoken in honor of those who gave their last full measure of devotion, was foundational to the nation's commemoration of Memorial Day.

The NATIONAL MEMORIAL DAY CONCERT airs on PBS Sunday, May 29, 2022, from 8:00 to 9:30 p.m. E.T., as well as to our troops serving around the world on the American Forces Network.  The concert will also be streaming on YouTube and www.pbs.org/national-memorial-day-concert and available as Video on Demand, May 29 to June 12, 2022.

After two years of virtual presentations due to the COVID-19 pandemic, there will once again be a live concert broadcast to the nation.  Please join us on PBS and streaming to honor our military heroes and their families.  The concert venue is not open to the public as the Capitol complex continues its phased re-opening (please visit https://www.uscp.gov/media-center/press-releases/2022-national-memorial-day-concert-traffic-restrictions)

The NATIONAL MEMORIAL DAY CONCERT is pleased to welcome back the Horatio Alger Association of Distinguished Americans, a nonprofit educational organization honoring the achievements of outstanding individuals and ensuring the American dream for future generations through one of the nation's largest privately-funded, need-based scholarship programs. The Association, which is celebrating its 75th anniversary in 2022, has awarded over $253 million to more than 35,000 students since the establishment of its scholarship program in 1984.

The concert is also made possible by grants from: the National Park Service, the Corporation for Public Broadcasting, the Department of the Army, General Dynamics, PBS and public television stations nationwide.  Air travel is provided by American Airlines.

Capital Concerts is the nation's leading producer of live patriotic television shows, including PBS's highest-rated performance specials: the NATIONAL MEMORIAL DAY CONCERT and A CAPITOL FOURTH, the premier celebrations of America's most important holidays broadcast from the U.S. Capitol in Washington, D.C.  For over 40 years, these two award-winning productions have become national traditions, bringing us together as one family of Americans to celebrate our freedom and democratic ideals and to pay tribute to those who defend them.  The holiday specials have been honored with over 80 awards including the New York Film Festival Award, the Golden Cine Award, and the Writer's Guild of America Award.

The program is a co-production of Michael Colbert of Capital Concerts and WETA, Washington, D.C.  Executive producer Michael Colbert has assembled an award-winning production team that features the top Hollywood talent behind some of television's most prestigious entertainment awards shows including the ACADEMY AWARDS, GRAMMY AWARDS, COUNTRY MUSIC AWARDS, TONY AWARDS, and more.

For images and additional information, visit PBS Pressroom at www.pbs.org/pressroom
Visit the program website at http://www.pbs.org/national-memorial-day-concert/home/